McDowell County Board of Education Meeting

Finance Committee of the McDowell County Board of Education Meeting

The Finance Committee of the McDowell County Board of Education will meet on March 7, 2019, at 4:00 PM in the Downstairs Conference Room of the Central Office located at 334 South Main Street, Marion, NC. The purpose of the meeting will be to review the 2019-2020 Capital Project Budget Priorities. No action will be taken at this meeting.
Read More »

McDowell County Schools is accepting applications for school bus drivers, with starting pay at $14.28 per hour. Bus driving experience is not necessary, as we have an upcoming training class on March 6, 7, and 8. Anyone interested should apply no later than March 1st at our Transportation Department, located at 7 Reid Street. Please call 828-652-7610 for more information.
Read More »

Due to icy spots already beginning to accumulate in portions of the county and the strong potential for more developing overnight, McDowell County Schools will operate on a two-hour delay for students and staff Wednesday, February 20. This delay will allow us time to monitor the weather and road conditions in the morning before our buses have to begin their routes and the school commute begins.

As always, we appreciate your patience as we deal with this unpredictable Western North Carolina weather.
Read More »

Attention 8th graders. The High School Universal Application is live. All 8th graders are encouraged to complete the application by February 14th, 2019. Please click the title for more information and the link to the application.
Read More »

McDowell County Board of Education Meeting

The McDowell County Board of Education will meet at 6:30 PM on Monday, February 11, 2019, in the Board Room of the Central Office, 334 South Main Street, Marion, NC.
Read More » 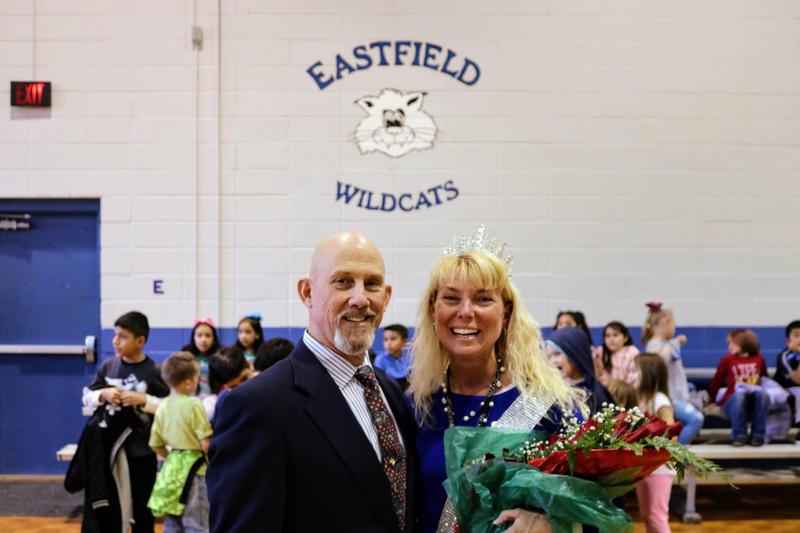 Baker began her career in education in Charleston County, SC in 1992 as an elementary grades teacher. She spent the next 14 years as an elementary teacher in Beaufort County, SC, Craven County, NC, and Escambia County, Florida. She was named her school’s Teacher of the Year in 1994-95 (Charleston SC), 1999-2000 (Beaufort SC), and 2005-06 (Escambia, FL). During this time she was also certified by the National Board for Professional Teaching Standards.

Superintendent Mark Garrett had strong words of praise for Baker: “we are not surprised that Michelle has been selected as the NW Region Principal of the Year. Her passion for her students and staff is obvious to anyone who has enjoyed the opportunity to work with her. In each of her assignments in MCS her students and colleagues have demonstrated academic and professional growth. We are very proud of her as our representative for McDowell County, and now also as she follows Desarae as the winner for the NW Region.”

Baker will compete against principals from each of the 8 regions for the honor of 2019 State Principal of the Year later in the school year.
Read More »

The McDowell County Board of Education will meet for a Special Called Meeting at 5:30 on Monday, January 28, 2019, prior to the Monthly Work Session for the Board. The purpose of the meeting will be to select an engineering firm to perform the Special Inspections for the Old Fort Elementary Construction Project.
Read More »

McDowell County Schools will be closed for students Wednesday, January 23. It will be an optional workday for teachers. After monitoring conditions and speaking with DOT, there are just too many icy areas on many of the secondary roads in the county in time to safely place buses and students on the roads this morning. The afternoon temperatures should wash it all away.

Again, thank you for your patience and understanding as we navigate this winter precipitation.

Stay safe and have a great day.
Read More »